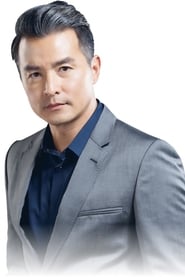 Lee joined TCS on a contract in 1995 after emerging as 1st runner-up in the male category of the Star Search programme in 1995. He worked as a factory worker, salesman and part-time model before joining star search in 1995. Lee first started acting in Chinese-language television dramas produced by Channel 8. Lee rose to prominence in his career after winning the Best Actor award at the Star Awards 1997 for his role as a hanjian in the television drama The Price of Peace, set in Japanese-occupied Singapore during World War II. In 1998, he starred as Yang Guo in The Return of the Condor Heroes, an adaptation of Louis Cha's novel of the same title. He was voted in as Taiwan's Most Popular MediaCorp Male Artiste at the Star Awards 1998 for his performance. Since then, Lee has acted in many television series jointly produced by Singapore and other countries in the Asia-Pacific region, co-starring with actors from Hong Kong and Taiwan, such as Nadia Chan, Vincent Chiao, Jimmy Lin and Jordan Chan. Apart from acting, Lee also recorded the theme songs of MediaCorp's television dramas. He released his first solo album in 1999 and another one in 2002. At the 2010 Star Awards, Lee was awarded the coveted All-Time Favourite Artiste Award after winning the Top 10 Most Popular Male Artistes award from 1997–1998, 2000, 2002-2009 respectively with long-time colleague Mark Lee. He became the first non-Singaporean artiste to win the award. More recently, Lee has also ventured into hosting and has hosted several travel and food programmes. He was nominated for the Best Info-Ed Show Host award at the Star Awards 2012.