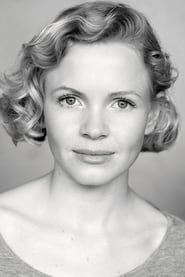 Kate Phillips is a British actress best known for her roles in Peaky Blinders, Wolf Hall and the 2016 BBC adaptation of War & Peace, as well as the 2018 series the Alienist. After three years study at Leeds University Philips secured a place at The Guildhall School of Music and Drama in London. After graduation she returned to Leeds to appear as Abigail Williams in The Crucible at the West Yorkshire Playhouse. By this time she had already filmed her scenes for the BBC's adaptation of Wolf Hall in which she played Jane Seymour, a role she had been offered whilst still studying at Guildhall. There was some mild controversy following the initial airing of Wolf Hall after some historians's described Philips as 'too pretty' to play Henry VIII's third wife. This criticism was disregarded by several critics who praised Philips' performance with Screen Daily naming her as a 'Star of Tomorrow'. She went on to secure roles in War & Peace, Peaky Blinders and The Crown.