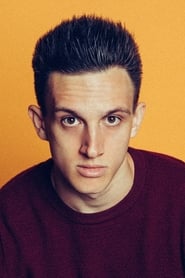 Alexander Arntzen is a film composer of multiple genres, styles, and mediums. Alexander started his music composing career before he graduated from high school. In 2006 he wrote a piece called, "Inspiration" for Special Olympics that became the opening ceremony theme. In 2007 he wrote a song for DSALA's annual Buddy Walk called, "I'll Walk With You." Alexander graduated from Berklee College of Music in Boston where he was a Berklee Writing & Composition Scholar from 2009 - 2013. He was also the first recipient ever to be awarded the Berklee College of Music Campus Impact Award for the 9/11 Berklee Memorial Concert. During the summer of 2010 Alexander was honored to accept an internship with Hans Zimmer. In the fall of 2010 Alexander was asked to write a new theme song for the PBS TV Series "Great Decisions." Since the summer of 2012 Alexander has been writing additional music for Lifetime & SyFy TV Channels. In the summer of 2013 Alexander had the privilege of interning for Danny Elfman and assist with transcribing scores for his concert, "Danny Elfman's Music from the Films of Tim Burton."